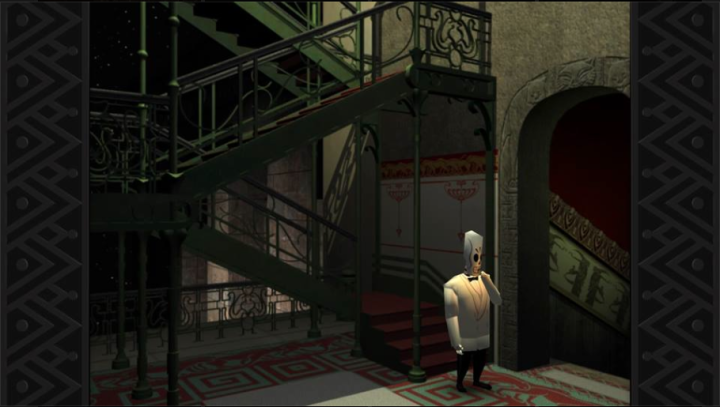 Now we move onto a game with a ton of tragedy behind it…no, nobody died…okay, maybe it killed the Point-and-click adventure game for a few years, led to LucasArts, more or less disbanding with key people going on to form other companies (Double Fine Productions and Telltale Games) and this being their last project together, and is a game about a Mexican and Latin American interpretation of the After Life.  But as you can tell from the ‘2015’ in the title, there was a silver lining to this story.  When Grim Fandango was released that Halloween holiday of 1998, it was received unbelievably well – but due to it only selling a maximum of half a million units, it was a commercial flop.  about 16 years after it was released, it was announced that it was receiving a re-release on various formats, not just the PC (I played this on the PS4).  Giving video game fans who heard of the legend a chance to experience what career-critics have been referring to when it comes to ‘underrated’ and ‘quality’.  So how does Grim Fandango Remastered hold up?

Set in late October/early November (Mexico’s Day Of The Dead), our story begins in the city of El Marrow – the first place the souls of the dead go to after they croak, and centres around a travel agent named Manuel “Manny” Calavera.  Manny has terrible luck, which includes his attempts at selling tickets for the luxury sports cars, let alone the luxury cruise and of course, the big 1, the Double-N ticket for the number 9 train (letting the journey through the afterlife last 4 minutes rather than 4 years) – to people who receive what they deserve.  The better they were in life, the better (and faster) their travel choices are at travelling through the Land Of The Dead – and as you can tell, the fact that Manny is the travel agent and not doing the journey himself, suggests a lot about the man when he lived.  When Manny decides to steal a client (named Meche) directed at his competitor, Domino, and finds out that she definitely qualifies for a Double-N ticket, only for her to get the 4-year-trip anyway, Manny knows something is wrong.  When Meche disappears, Manny decides to try and find her with the help of Glottis, a demon mechanic who becomes his Chauffeur and right-hand-being (In this world, only Demons can drive cars), thus their road trip begins.

Now to talk about things that would take the journey length of the Number Nine Train to embrace:

The Graphics were very good in 1998, and today it would be acknowledged as more stylish than realistic (actually, no, to call this realistic would be daft).  With the ability to switch back and forth between the original 1998 version and the remastered edition, you’ll notice some differences.  The main 1 comes in the form of the character presentation, with cleaned up sprites and even shadows to go with them.  The backgrounds weren’t changed, and neither were the cutscenes, and in the process, it stays faithful to those who originally played it, while providing new players with a same but updated-visually experience.  With its age in consideration, it’s still looking very well.

The Voice Acting is great, consisting of Latino actors including Tony Plana as Manny, Maria Canals as Meche, as well as character actors such as Alan Blumenfeld as Glottis and Jim Ward as Hector, the main antagonist.  Tony Plana as Manny is incredibly funny and as some excellent lines.

The Characters in Grim Fandango are hilarious.  Some phenomenal dialogue comes from this game alone, highly irrevenent and deprecating.  It’s a type of humour that doesn’t rely on the times and it is universal from culture to culture, country to country, which is of great benefit.  Even the minor characters have a great quirks – to the point of laughing at how annoying they probably are to other characters.

Written by Tim Schafer as his last project with LucasArts, the Story is 1 with several layers.  On 1 layer you have the primary goal of (nearly) everyone in The Land Of The Dead, which is to go through the afterlife for 4 years until they reach the Ninth Underworld.  Then you have Manny’s goal of finding Meche, and then his goal to help LSA (Lost Souls Alliance, headed by the beret-wearing revolution-leader Salvador Limones) take down the regime that is exploiting good souls out of their golden train tickets through a rigged scandal set up by the fez-wearing Hector LeMans.  Along the way, Manny experiences several phases in his journey (he does the full 4 years), from being a travel agent to running his own club, among others, and Glottis experiences a journey as well, from being a Demon mechanic working in a basement, to something he never dreamed of.

The Art Style borrows primarily from 2 sources – Mexico’s Day Of The Dead and all of its merchandise, and Film Noir, more specifically from the likes of The Maltese Falcon and Casablanca.  Everything is stylised to the point of a literally timelessness beauty, and is visually lovely to look at.

The Music was scored by Peter McConnell and oooooh goodness is it awesome.  Borrowing mostly from South American folk, Big Band and Mexican music, it’s all a beautiful and colour blend of tunes that change with nearly every pre-rendered scene you’re in.

The Gameplay was originally played using Tank controls, and with the remastered version, Tank Controls are an option, while a newer, easier set of controls have taken over by default.

The Level Design does well in presenting us with different scenery as you progress – but at the same time, it becomes quite easy to get lost by Year 2, and some of the ways to progress forward can be either too abstract or they really require to think and remember everything within the limitations you’re presented in.  My advice is, if you’re stuck, explore everywhere, try to pick everything up, and then try to use everything everywhere…or be a noob and look it up, because this does have a good story.

Would I recommend Grim Fandango?  Yes.  It’s far from the easiest game to play, and each year (chapter) starts off easy, before getting the a point were you say “Huh?  What?  Why?  Why does that give me this and this does this?”.  But, it lives up to the legend, and it’s great fun.  Well worth a play, even if point-and-click adventure games aren’t your cup of tea or your sacred ceremonial bread to honour the dead.